One day last July, during a particularly rainy week, Ashton Gores ’18 M.P.H. was working at the Neighborhood Health Project, providing hypertension and diabetes screening for New Haven residents alongside other Yale students. A man walked into the clinic with obvious injuries — including cuts and a bruised ribcage. He explained that he had spent the night sleeping in a bus station when he’d been attacked. He refused the volunteers’ offers to call an ambulance, insisting that he would walk to the hospital instead. Then the man asked if they might give him something for his feet.

That encounter led Gores to launch an organization — the New Haven PAWS Project (Poverty Alleviation through Washing Soles) —  that provides monthly foot washing events at St. Paul & St. James Episcopal Church paired with giveaways of new socks, shoes from the nonprofit Soles for Souls, and other foot-related hygiene items, like gel insoles and nail clippers. In their first event in November 2017, Gores and other Yale student volunteers washed the feet of some 100 community members and gave away 200 pairs of socks and shoes. They’ll mark their one-year anniversary at their upcoming November 9 event, and expect 200 community members to attend. Gores recently received a Yale Jefferson Award for her dedication to social justice causes.

“People who attend say they can’t remember the last time they had something brand new,” Gores says. She adds that the name PAWS is meant in part to reflect the Yale Bulldogs connection. “I wanted this to represent that students from Yale care about the community,” Gores says.

Gores was drawn to addiction recovery while studying at Yale School of Public Health (YSPH). She’d seen the devastating impact of meth addiction growing up in Oklahoma, and had always been moved by the suffering of the homeless. She authored a chapter on “Mental Illness and Substance Use Disorders Among Homeless Veterans” in a textbook by Jack Tsai, director of the Yale Division of Mental Health Services and Treatment Outcomes Research, which she says “fit in so perfectly with the things I cared about.” Then, when Gores was a junior, she lost both her father and brother to heart disease just six months apart. Her mission to help others, she says, became even more clear.

“It made me think about what I have, what’s truly important and how I should be spending my time,” Gores says. “How do you love people every day? I’m going into healthcare because I want to work in underserved communities. I believe everyone should have equal opportunities.”

Gores has now returned to Oklahoma to pursue her medical degree at the OU-TU School of Community Medicine. While she remains an advisor to PAWS, she has passed the torch of leading the organization to Marina Marmolejo ’19 M.P.H., whose public health research is focused on understanding the factors of homelessness. Serving as the project director of PAWS has given her tangible insight into the challenges the homeless face, she says.

“PAWS is a great way to get one-on-one conversations going,” Marmolejo says. “Although it focuses on foot health, we also do needs assessments and feedback.” She says that homeless people often lack agency over their daily lives — from what they will wear to what foods they will eat. And basic needs like foot care can impact many other parts of their lives. “Since many people experiencing homelessness do not have access to a car, they must rely on public transportation or walk across the city to receive services, attend appointments, interview for jobs, or even take their kids to school,” Marmolejo says. “These activities become almost impossible without proper foot health, which is why I think the PAWS project is so necessary.”

PAWS runs monthly events at the church, with funding support from YSPH and outside donations, and draws volunteers from the Yale chapter of Athletes in Action, a student-led sports ministry where Gores served as a mentor. 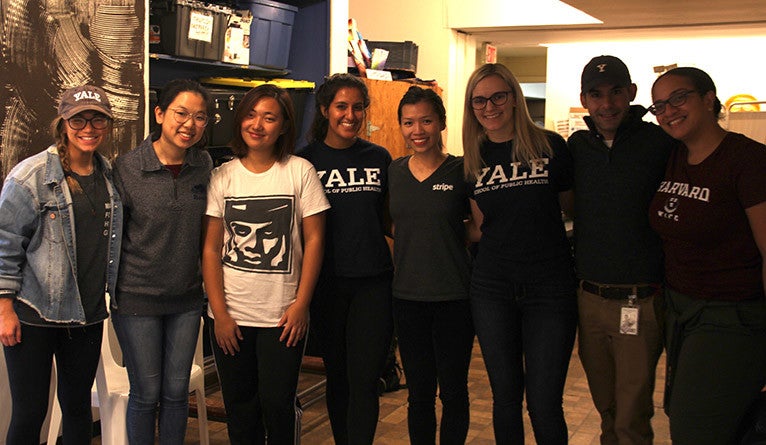 “This year’s team is trying to make it more spa-esque,” says Marmolejo. Homeless participants are able to choose their own bath bombs and scrubs, which a Yale student volunteer adds to warm water for the foot washing, followed by lotion and powder. Participants also receive new socks and shoes and some additional hygiene items of their choosing.

“Public health is local,” says Gores, quoting Byron Kennedy, Director of Health for the City of New Haven. “If we’re doing our job the right way, we should be immersed in that community.”

Those interested in supporting the New Haven PAWS Project can do so by liking them on Facebook, purchasing needed items from their Amazon wish list, or donating directly via Paypal. 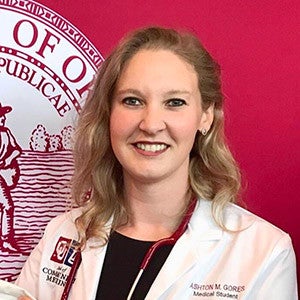 This article originally appeared in YaleNews. The article can be found here: https://news.yale.edu/2018/10/29/student-run-organization-focuses-foot-care-new-havens-homeless.